RUSS’s Trustees set the overall strategic direction for the organisation. They monitor performance against the business plan and ensure the organisation’s resources and finances are being correctly managed. The Trustees also provide leadership, guidance, financial governance and ensure that RUSS fulfils its charitable duties. The Trustees include residents that are expected to move into the first project in Lewisham. Collectively the Board has significant experience of business, social housing, community engagement, construction processes, self-build, financial management, risk management and fundraising. 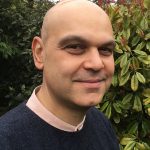 Anurag Verma
Chair
Anurag studied architecture in India and worked in Germany before moving to London for further study. He lives locally and is an associate director at Latitude Architects. He is passionate about RUSS’s innovative ‘model’ for delivering affordable self-built homes and wants to see it replicated widely across London and other cities. He has a keen eye for detail and believes he can play a key role in ensuring the Church Grove scheme is delivered in an innovative, efficient and cost-effective manner. 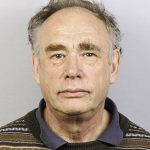 Phil Morris
Acting Secretary
Phil is a semi-retired accountant who has worked in social housing for most of his career. He is a board member of Coin Street Community Builders, having been involved at Coin Street since 1984. In the early 1990s he was the finance director at South London Family Housing Association, where he developed funding arrangements for self build housing for rent and shared ownership, and worked with Chisel Neighbourhood Housing Association. This resulted in innovative self build schemes in South London, Brighton and Essex 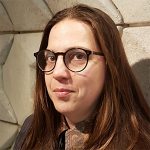 Tessa Barraclough
Trustee
Tessa has spent over a decade in sustainable housing, including as a Sustainability Manager at Peabody and a Pre-Construction Manager at One Housing. She is currently Head of Design and Technical at One Housing, where her work includes the development of an Electric Vehicle policy and Road to Net Zero Carbon Strategy. Tessa is Chair of the London Environment Group of Registered Providers and is part of the National Housing Federation Advisory Environment Group. She is a Visiting Lecturer in Architectural Technology at the University of Westminster. 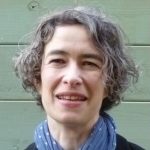 Eleanor Margolies
Trustee
Eleanor is an experienced campaigner and community leader, she was Chair of the East Dulwich Estate Regeneration Project Team for five years, where she worked with residents and Southwark Council to plan and oversee new building work and refurbishment of estate landscaping, ensuring that residents’ views and interests were heard and acted upon. In this role, she helped fundraise and create a new community garden and organised community events. Eleanor is a future Church Grove Project resident and longstanding member of RUSS. 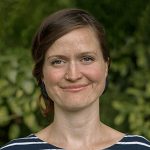 Ruby Kvalheim
Trustee
Ruby is a life-long South East Londoner living in Lewisham, who has been managing events, operations and community engagement for various charities and non-profits since 2009, including Citizens UK, Unicef UK, Impact Hub and ICAHD. She now leads on Marketing & Events at Julie’s Bicycle – the climate and environmental charity supporting the cultural sector – driving the sponsorship and partnership programs, public advocacy and producing major events and digital projects. She has a Postgraduate Diploma in Sustainability and Adaptation Planning from the Centre for Alternative Technology, and has previously set up Environmental Management Systems based on ISO14001. She is passionate about social justice and tackling the climate crisis (and how these intersect), and is a mentor with Catalyse Change for women starting their sustainability careers. 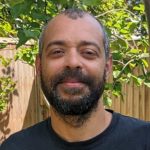 Ahmad Dayes
Trustee
Ahmad has been one of the first RUSS members by having worked with his brother Kareem during the formation of the organisation. He is a born and bred South Londoner of the generation that has suffered from the housing crisis. He grew up from the age of 5 on the self-build scheme at Walters Way and he has witnessed how the project changed the lives of those residents lucky enough to self-build and live there. Community is and has always been at his heart, and it has shaped the way he thinks. Having grown up in Lewisham he is deeply invested in the Church Grove success. Ahmad is one of the lucky residents to self-build the Church Grove housing scheme and he will have first hand insight into how the build progresses. As it is important that the residents have representation on the board, Ahmad can report on the process and provide feedback as to how they are working to the given requirements and the contractors. 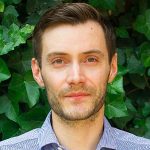 Daniel Hugill
Trustee
Daniel Hugill works as a secondary school teacher working in East London. He has previously served as Chair of a national teacher subject association working to support the subject community and lobbying stakeholders to support improvement. Daniel is a very keen gardener and tends an allotment in Lewisham. He is a future resident of Church Grove with his partner Evan and their son. 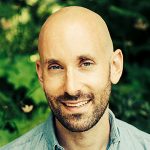 Evan Placey
Trustee
Evan Placey is a playwright and screenwriter by day and moonlights as Chair of Bromley’s Fostering Panel and also as an Independent on Coram’s Adoption Panel and Adopt London North. Evan’s passion is arts for children and young people and he continues to run writing workshops for young people in schools, community settings, and in prisons. He is a future resident of Church Grove his partner Daniel and their son. 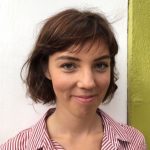 Katie Weatherall
Trustee
Katie Weatherall is a Programme Manager at the UK’s international cultural relations organisation British Council working on Arts programmes in Sub-Saharan Africa and a global radio project. With over 10 years arts and public sector experience she has extensive communications and fundraising experience. She is local to the area and has lived in Lewisham for many years and is passionate about community. 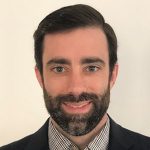 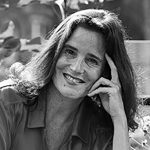 Sydney Thornbury
Trustee
Sydney is an experienced arts and social enterprise executive. She has an extensive background in organisational transformation, fundraising and leadership within the third sector. She is currently CEO and Artistic Director of the Art House in Wakefield, the largest collection of artists, cultural organisations and creative enterprises in Wakefield which won the Calouste Gulbenkian Foundation’s Civic Arts Award in 2022. Prior to that, she was Project Director of The Mansion at Beckenham Park Place, working to transform a derelict 18th century Grad II* mansion house in 220 acres of parkland into an arts and cultural centre.

Our current Board builds upon the great work of our previous Trustees: