RUSS holds regular meetings, which offer anyone interested in community-led housing a chance to meet and share ideas. Each meeting focuses on a particular topic, and attendees are encouraged to share their own perspectives and experiences. Prospective members and volunteers are encouraged to come and learn more about what we’re up to, and how to get involved. 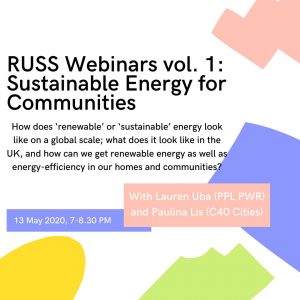 Everyone has the right to a decent, safe and genuinely affordable home. Community Land Trusts all over the UK are fighting gentrification by enabling communities to deliver own homes, with homes sold or rented at a rate linked to local wages and membership open to anyone with a connection to the area. It’s a radical model that effectively takes housing out of the property market and pegs it to the labour market instead. We at RUSS believe people-powered housing is the answer to the UK’s largest housing crisis.   This meeting will discuss what needs to change for housing to become about people rather than profit. 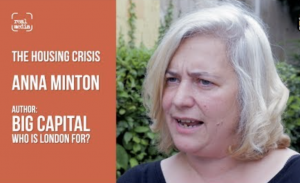 Anna Minton. Anna is a writer, journalist and Reader in Architecture at the University of East London. Her latest book “Big Capital: Who is London for?” looks at London’s housing crisis – the desperate shortage of housing, and the huge number of affordable homes that are being pulled down, only to be replaced by luxury apartments aimed at foreign investors. Minton cuts through the complexities, jargon and spin to give a clear-sighted account of how we got into this mess, and how we can get out of it. 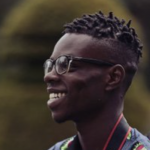 Anthony Comber-Badu is a freelance photographer, filmmaker and producer working in Accra and London. He is also an activist and member of the Aylesbury Leaseholders Action Group. Anthony was recently involved in the production of the documentary Common Ground which explores the notorious Aylesbury Estate, home to thousands of South Londoners, and a concrete monument to the history and legacy of social housing in the UK.

Anurag Verma is the Chair of RUSS Board of Trustees. Anurag studied architecture in India and worked in Germany before moving to London for further study. He lives locally and is an associate director at Latitude Architects. He is passionate about RUSS’s innovative ‘model’ for delivering affordable self-built homes and wants to see it replicated widely across London and other cities.

Anyone who wants to attend needs to register in advance
(It won’t be possible to just turn up on the night as space is limited).

We held an AGM at PLACE/Ladywell on Sunday 23rd June including a new exhibition on Lewisham’s community-led housing projects as part of London Festival of Architecture 2019.

This year’s AGM was particularly significant as we both elected new members to the board and also discussed some of the projects that have been proposed by members at this year’s community housing meetings. These smaller projects include organising activities at the (forthcoming) Ladywell Community Hub.

Please have a look at this year’s agenda : RUSS 2019 AGM Agenda
and list of nominees for election to the board: RUSS Board nominations 2019

Its been a while coming, but RUSS are very excited to announce that the ‘Temporary Community Hub’ project is starting on site! This event will be a chance to get up to speed with what’s been happening on the project since our successful crowd-funding campaign back in 2017 and to find out how you can get involved with the build.

The RUSS community hub is an innovative self-build training facility and community space in Ladywell. The building will be constructed at RUSS’s Church Grove site, ahead of the larger building works. The community hub is a timber frame single storey building which utilises reclaimed and recycled materials.

The Hub project will offer people the opportunity to get hands-on experience of building. At this event, we’ll explain what we’ll be building, how we’re going to build it and how you can sign-up and join in. We’ll also be sharing some of our experiences to date designing and organising a self-build volunteer project – we’ve had some brilliant times but also a lot of challenges which we’ll talking about. You’ll hear from volunteers who’ve been involved with the project over the last year.

Given Lewisham Council’s recent declaration of a climate emergency, how can we as a community respond locally to what seem to be global challenges?

This month we’ll be joined by Dr Robert Biel, a lecturer on environment, sustainable development and urban agriculture at University College London. Robert is also a practitioner of low-input urban agriculture as well as an activist in the Transition Towns movement, with a particular interest in how the current crisis might act as a trigger for a new community resilience.

With the good weather prompting an early start to the growing season we thought we’d take a break from community housing this month and take a look at community gardening.

Joining us will be Malcolm Cadman from the John Evelyn Garden at the Pepy’s Estate in Deptford (see header image), Maria Devereaux from Wild Cat Wilderness, a community green space in Catford, plus a representative of Lewisham Gardens, who promote community gardening and conservation activities in the Borough.

We’ll be asking what makes these projects tick and looking for inspiration for RUSS’s garden at Church Grove, and projects you’re involved with or inspired to start.

His talk will showcased the most interesting projects – from Europe, the UK and further afield. View a recording on our blog…

Ted Stevens, OBE is one of the UK’s leading community-led housing and self-build campaigners, as well as being a RUSS Trustee. In 2008 he set up the National Custom and Self Build Association, and he chaired it until 2014. He then managed a research programme looking at how Britain could learn from the many innovative community-led housing projects that have been built across Europe. As a Trustee he co-ordinates RUSS’s various fundraising and media activities.

Our revamped meeting kicked-off with talks from RUSS founder and former chair, Kareem Dayes, and former board member and Walters Way resident, Alice Grahame. We followed this with a practical session that asked attendees how the experienced the housing crisis, and for their ideas for how it can be tackled. There two blogs can tell you more: