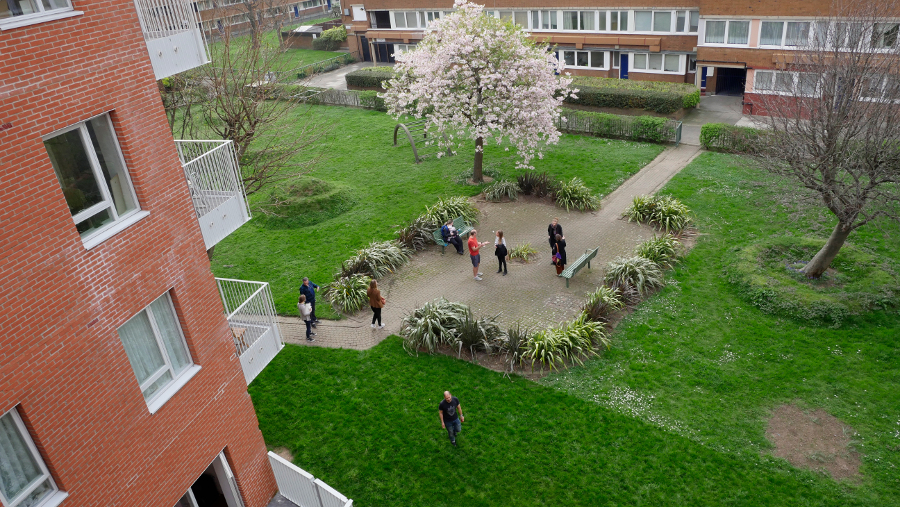 RUSS School was very lucky to have the opportunity to visit an inspiring and unusual example of community-led housing – Marklake Court in Southwark.

The visiting RUSS School group was made up members of a community housing groups, or people interested in forming one, as well as a some involved in community-led housing professionally.

Our hosts for the afternoon visit were Andy Bates and Rachel Brain of Leathermarket Community Benefit Society (CBS) – which was formed by Leathermarket Joint Management Board (JMB), the Tenant’s Management Organisation (TMO) that has been maintaining estates in Southwark for decades and recently took the unusual step of deciding to build a brand new apartment block.

We had the chance to meet Kym Shaen-Carter from development manager Igloo Community Builders and Hari Phillips from architect Bell Phillips – who explained some of the details of the design and process. 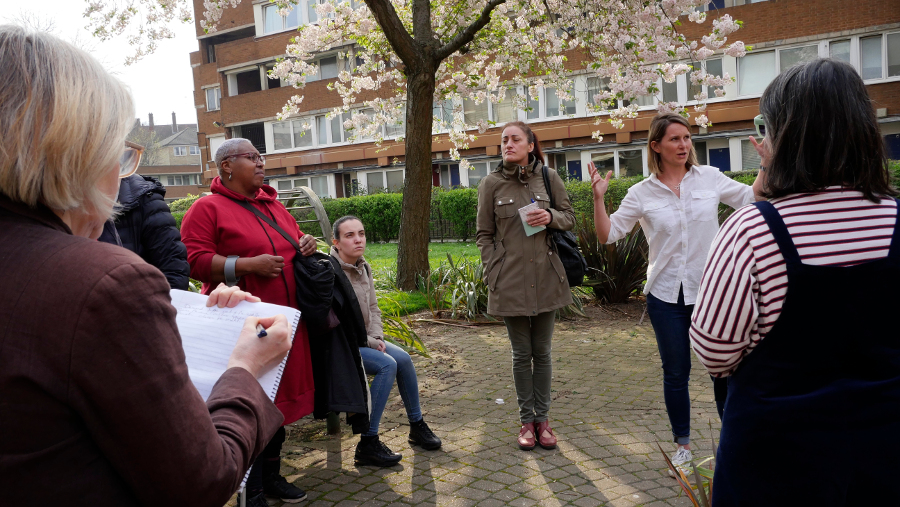 We were given a tour of Marklake Court, a block of 27 flats in Southwark. It is part of the Kipling Estate – a pleasant brick 1970s low-rise estate just behind London Bridge station.

Marklake Court came about following a 2011 survey of residents that revealed that many tenants were living in unsuitable accommodation. A small piece of land that contained garages was allocated for a new building. Residents were chosen according to their housing need, and were then fully involved in the design process, with architects and development manager. The new block was designed to appeal especially to downsizers – homes where children had flown the nest and occupants were willing to move to somewhere smaller.

Andy Bates explained that Leathermarket JMB already had a lot of credibility in Southwark from its role as a TMO, which made the transition from maintaining buildings to building them a little easier. 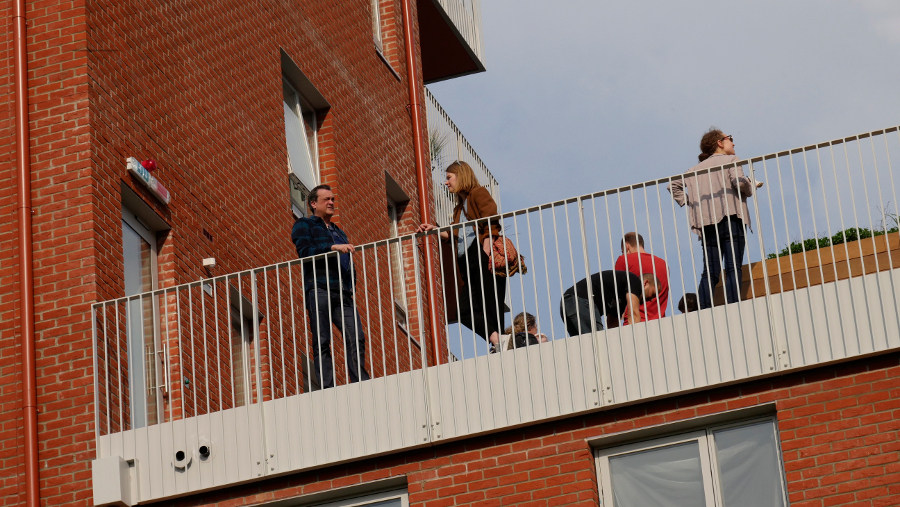 Some of the impressive features are: a building that is in keeping with the surrounding flats and a lower section in the middle so the neighbours don’t lose their light and view. Even though it is new and shiny compared with the rest of the estate, Marklake is very much part of the estate – sharing the outdoor gardens and facilities. The block has a shared landscaped terrace with planters and residents are encouraged to get involved in looking after them.

The rent for Marklake Court is kept at council rent levels. So for example, a one bedroom flat is £133 per week and a three bedroom flat is £158 per week. For central London that is very low – and way cheaper than anything else in the area. Unlike council properties, there is no right to buy, which keeps the homes affordable in perpetuity. 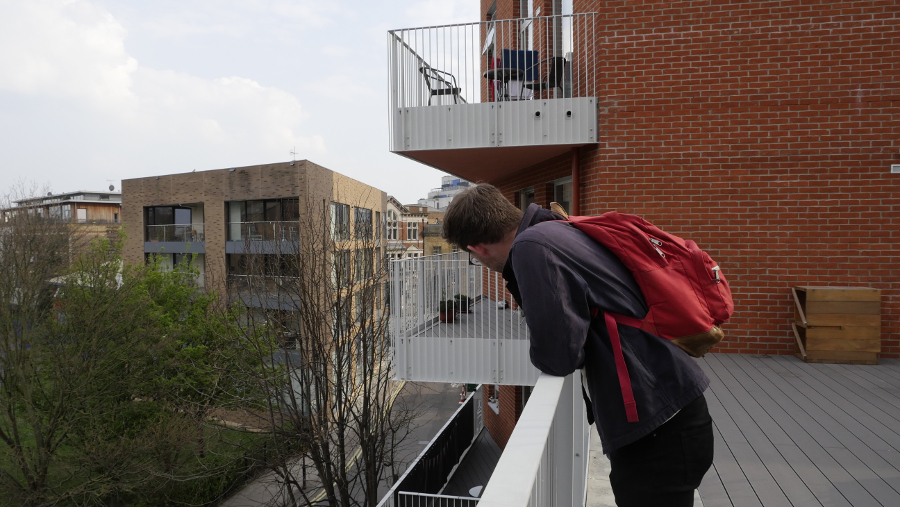 CBS are now working on another housing project – on the site of an old nursery in the borough. The project is an unusual model, and different to schemes like RUSS, which began as a few individuals around a kitchen table and who had to form an organisation from scratch. Others, like this example, came from an organisation that had strong links to an existing community.
With community led housing currently getting more attention and more funding it is definitely worth being aware of the diversity of community groups, and that they have the potential to contribute to creating better housing.

RUSS School of Community-led Housing intends to run a couple of visits like this every year, these are announced on the RUSS website and newsletters.

Bristol is one of the best places in the UK to go to see great examples of community led housing, and RUSS School participants are being given the chance to see for themselves. Join us for an exclusive tour of one some of the most developed and inspiring community led housing schemes in the country.