The inaugural meeting of the Church Grove residents’ group– those lucky people selected by ballot to self-build RUSS’s first homes– took place on 6th May in Deptford. Future neighbours met for the first time, and our architects and project managers introduced the group to the season of design activities ahead. 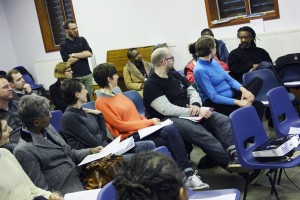 The brand new Church Grove residents group met for the first time on Wednesday 6th April at Deptford’s Midi Music Company. The “Hello” event was both exciting and nerve-wracking at the same time. Not only did we meet all our future neighbours at once but the daunting prospect of actually building our own homes really set in. 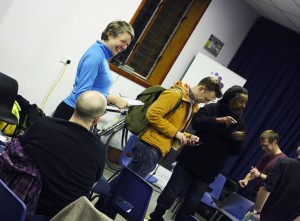 The team in charge of the project were enthusiastic, knowledgable, experienced and nurturing. As we all introduced ourselves, accompanied by the sounds of energetic samba drumming from the rehearsal room next door, it felt like a new community was shaping up around us. 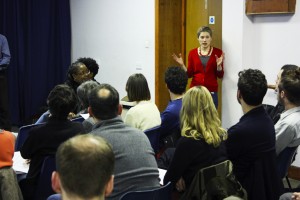 Many questions were asked but it felt like just the tip of the iceberg. We were left wondering, just how much work is involved? What will my home look like? How much money can I actually save between now and then? Do I want chrome taps or brushed steel?….. 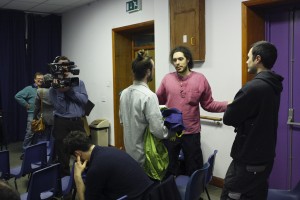 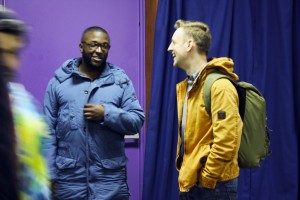