The second event in RUSS’s 2019 Community Housing Meeting series centred around examples of innovative self-build projects from overseas. Ted Stevens (Founding Chair, National Custom and Self-Build Association) presented the findings of his two-year research project examining self-build community housing across Europe. This was followed by group discussions, in which attendees reflected on the lessons and inspirations that could be drawn out from Ted’s case studies for RUSS and the UK housing system. 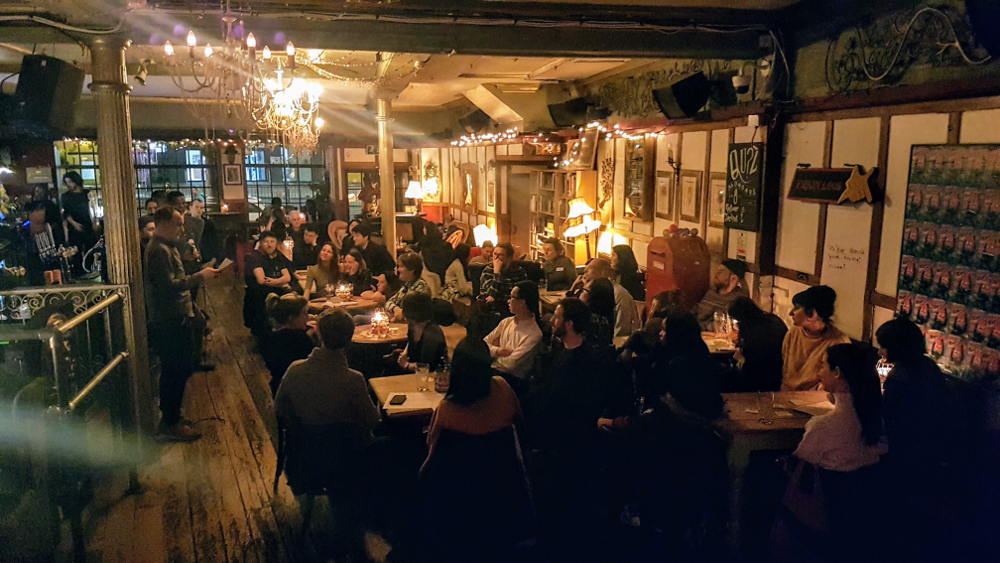 Ted Stevens: Learning from our neighbours

Ted Stevens OBE is one of the UK’s leading community-led housing and self-build campaigners. He founded the National Custom and Self-Build Association (NaCSBA) and is a RUSS trustee. 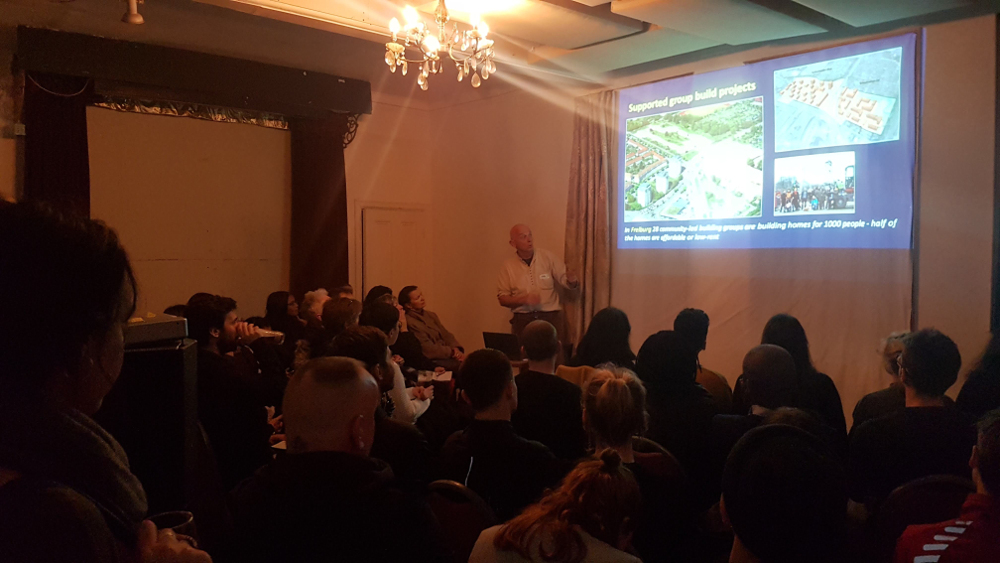 Drawing on case studies from across Europe, Ted mapped out a set of innovative community housing projects that have achieved success across a wide range of contexts, project aims and approaches. These included community groups refurbishing condemned council flats in the Netherlands, council-facilitated affordable plots of land dedicated to self-builds in France, and cross-subsidising flat block designs by co-op groups in Belgium. The diversity of the kinds of projects happening across the continent, and the remarkable stories of success that were shared, gave the room a real sense of possibility and excitement. One of the most shocking parts of the talk demonstrated just how few houses built in the UK are self-builds compared to other OECD countries: 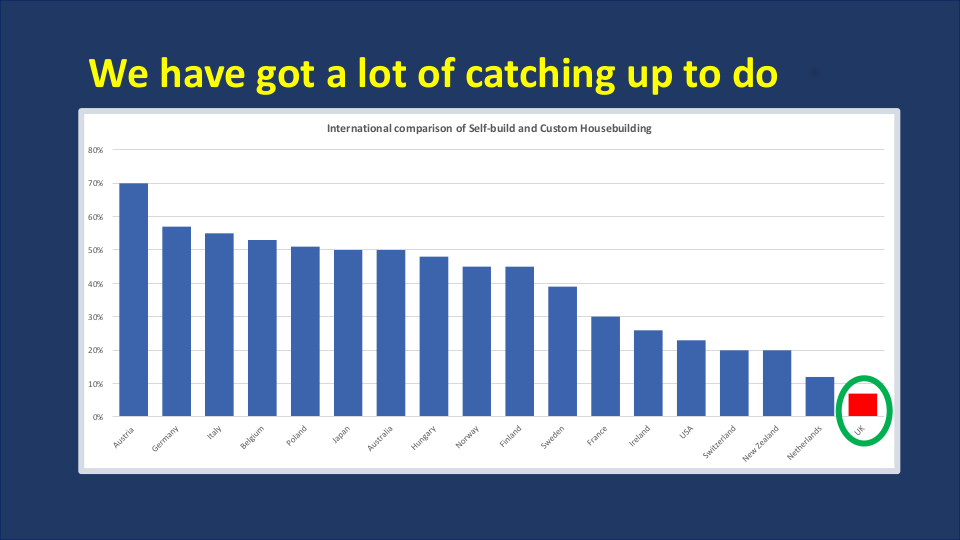 Building on the examples and lessons shared in Ted’s presentation, the groups reflected on two key questions. Here are some of the themes and feedback from the discussion:

1. What should good housing include?

One of the elements of Ted’s presentation that resonated with many groups was the idea that space and design can be used to facilitate community. ‘Hidden parking’ underneath properties, for example, was one feature used in a number of projects to create room for pedestrianised areas where people could socialise.

Co-creation: “Being involved in the design”, “having a sense of ownership and pride”.

Characterful: “Crafted – knowing someone cared in the decision and execution”, “adaptable/flexible”.

2. Why does RUSS appeal to you?

“Opportunity to hear about great ideas in practice”

“I want to get involved in planning and decision-making”

“It is inspiring to see a community organising”

The meeting kicks off in Ladywell Good Hope Café at 7pm. We hope to see you there!

Check out the RUSS events calendar to see what else is coming up.

Ethan is a researcher in the policy team at the King’s Fund, a charity working to improve the UK health and care system. His work covers issues ranging from public health policy to NHS governance development. He is also a mentor at the Reasons Why Foundation, helping to support ex-offenders through the transition out of prison.

P.S. A recording of Ted Steven’s talk at the February meeting is also available on YouTube (we’re aware that the audio quality isn’t brilliant in places  – so if you’re interested in helping with future recordings get in touch at members@theruss.org )